We’ve had a great many occasions when we’ve made a great video for a client, and they’ve loved it, and then burned their video to DVD to play at an expo, and then come back to us complaining about the quality. So we decided to write a post explaining the difference, answering some frequently asked questions. 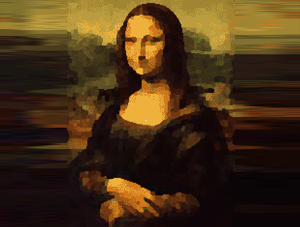 Firstly, DVD is not an HD format. That’s right. The big innovation at the time of DVD was the 16:9 widescreen aspect ratio which gave it a movie like feel. It was before HD. It was before the dawn of time. In those days, people travelled by ox wagons and watched TV in something now known as SD, Standard Definition. See diagram below:

The diagram indicates the relative sizes of different formats, pixel for pixel. AS you can see, HD is more than 4 times more, er, “high definition” than the um, “standard definition”.

The quality difference between the formats is obvious when you play them back on any screen larger than a mobile phone. The DVD format stretches out each pixel, making it bigger to fill the space, hence the ‘blocky’ look.

So in answer to the question, yes, there’s something wrong with it, it’s a DVD!

But when I buy a DVD of a feature film it looks better than this, isn’t that HD?

It’s also not HD. When your friendly video producer does you a favour and makes you a DVD, they duplicate it. When a blockbuster movie is put onto DVD, it’s replicated, not duplicated. Replication starts at about 1000 copies. And it does come out looking a bit smoother, especially for text, but it’s still not HD. If you want to make 1000 copies of your presentation, there’s nothing stopping you, but it still won’t be as good as playing the .mp4 file straight off your laptop.

Isn’t there an HD version of DVD?

No. Yes. It’s called Blu Ray. Does your laptop have a Blu Ray player? Does it have the playback codecs you need? Does your client have one in their boardroom? Do you know that Blu-Ray discs cost a bit more?  In many ways It’s a lot of extra fuss. Don’t forget that even a Blu-Ray project will come out as DVD unless your computer has a Blu-Ray writer. Compatibility problems as well as file size have been problematic to the brave souls who have tried to put corporate presentations onto disc in HD. It can be done but there’s a lot of extra checking to do around software, particularly in the corporate environment where the disc is being played off someone’s laptop.

One of the most notable pro DVD authoring programs, adobe encore CS6, which handles blu ray as well as DVD, has not been included with the last two major updates, namely creative cloud and creative cloud 2014. If we take our cue from a software manufacturer who feels that there isn’t enough demand to continue updating the software, it’s time to move away from laser-read optical discs altogether.

I used Toast Titanium to burn it to DVD. Why does it still not look as sharp as the mp4?

Whatever program you use to burn your disc, from Finder, Windows explorer or something like Roxio Toast Titanium, you should burn your HD file as a data disc, not as a video.

Does this mean my DVD player is obsolete?

Think of it more like a classic, vintage item that hipsters will be collecting in another year or two.

How should I play the video then?

You should play the video straight off your hard drive, using something like Quicktime, Windows Media Player, VLC or GOM player.

What about copy protection?

DVD’s copy protection standard, Macrovision, was cracked in the early 90s. Since then there’s been no way to copy control DVDs. Blu-Ray was a little harder to crack because of updatable security keys, but it’s also been cracked, rendering all laser-read discs un-protectable.

If you’re serious about copy control, consider publishing your work on iTunes, Amazon or Google Play, as an iBook or on a copy protected flash memory device like a nexcopy flash drive. Yes, we can help you do that. It’s a pleasure.