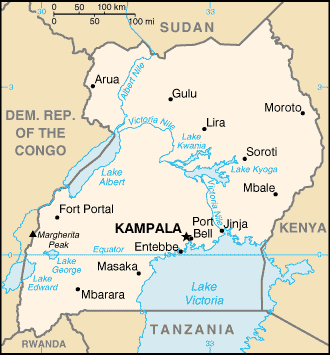 We count it a privilege and a pleasure to be working on a corporate video for the African Youth Initiative Network (AYINET).

This preliminary video is from an interview with African Youth Initiative Network founder Victor Ochen, who is a busy man – he could literally only squeeze in an interview on the way to the airport. AYINET is committed to making peace and justice a reality for victims and survivors of war. Scroll down for more about what AYINET does.

Creative Commons cutaway footage from “Uganda: The Challenge of Forgiveness” by the Fetzer Institute

The next War Victims Conference will take place in Kampala, Uganda, in May 2014.

One morning in August 2003, Sophie A, along with her husband and 10 other people, left her refugee camp in Lira in search of food.  LRA rebels discovered the group and killed all of the members, including her husband.  Sophie survived the initial attack, but LRA rebels chopped off her lips and sent her to the Ugandan Army as a message.

Sophie’s injuries caused her excruciating pain and, as the wound healed, led to complications that made daily life difficult.  “My mouth began to swell shut.  It became very hard and painful for me to eat, and I couldn’t open my mouth to speak”, she recalled.  “Many people who met me said they would have preferred to be killed.”

Sophie sought medical treatment, but the basic health clinics available were unable to provide her with much help.  As a widow supporting four children, she was unable to afford better treatment.  “I received referrals to other hospitals, but it required finances which I didn’t have at all.”  She suffered another terrible blow in 2007, when two of her children were abducted and killed by the LRA.

AYINET’s medical team, supported by the ICC Trust Fund for Victims (TVF), found Sophie later that year.   They arranged another surgery for Sophie, this one more successful.  “I used to be operated on after every few months and with recurring swelling and endless pain, but when AYINET and TFV took me to the hospital for my eighth operation in 2007 the surgery relieved the swelling and pain. My life has improved since then, with no recurring swelling and reduced pain”

Sophie returned to her late husband’s land after her surgery and began rebuilding their home.  She resides there with her remaining children, who she hopes will finish school.

She credits the medical assistance she received from AYINET and  for helping her recover.  “I know your help can never undo the injustice done to me, but it has relieved me from struggling with my acceptance in society,” she told AYINET.  “As much as the LRA rebels caused unforgettable harms to me, you have given unforgettable assistance to me and other victims from Northern Uganda”.